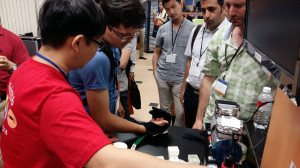 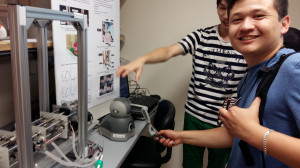 In addition, with great support and participation of Professor V. Tourassis, Dean of School of Science and Technology at Nazarbayev University, the team visited the Advanced Robotics Center at the University of Singapore. Professor Marcelo Ang, director of the center, introduced his research center to us personally. The center conducts state-of-the-art research in the fileds of industrial, rehabilitation robotics, human-robot interactions, autonomous electric vehicles and mobile robots. etc. 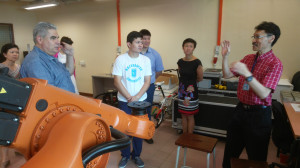 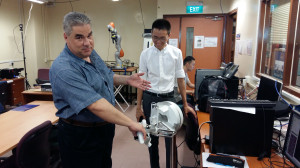 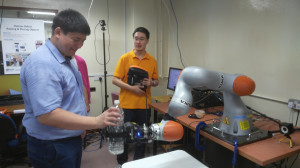 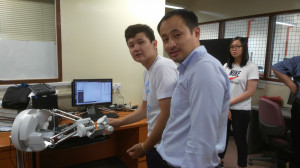 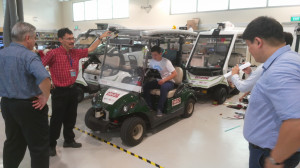 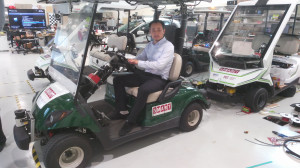 The team also visited our graduated student Nursultan Imanberdiyev and TA Yerbolat Khassanov at Nanyang Technological University in Singapore, who currently work on their PhDs in this university. They made a tour around the university campus and robotics research labs to the team. 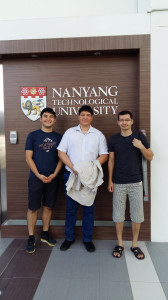 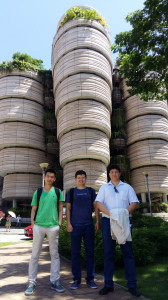 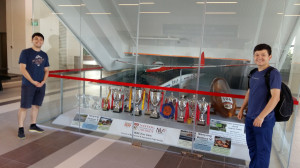